On a drive from Christchurch to Queenstown my travel companion and I decided to stop for a short night in Mount Cook Village. Mount Cook Village is right within Mount Cook National Park and consists of The Hermitage Hotel, internationally inspired, a hostel, motel, campgrounds and living quarters for the staff. It’s twelve kilometers from Aoraki/Mount Cook which is a part of the Southern Alps and is the highest peak in New Zealand. 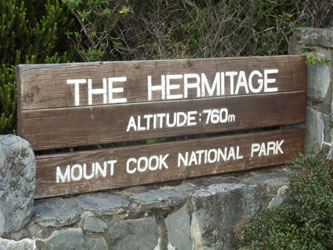 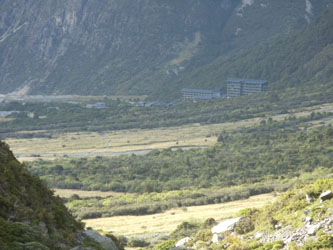 It’s the perfect place for the outdoor enthusiast and to see the highest mountain peaks and longest glaciers in the country. Hiking, fishing, mountain climbing, glacier exploration, helicopter rides, safaris, boating, camping, there is something for everyone.

There is only one way in and out of the village, State Route 80. It’s a 55 km drive off the main highway, mostly running along the western shores of Lake Pukaki. Driving to at night was quite the adventure. Learned you have to travel slow at night during the summer months. Rabbits run rampant, jumping out from both sides of the road, one after another, getting excited by vehicle headlights. It was amazing being away from lights and civilization, all the stars in the sky. I’ve never seen so many.

Due to the remote nature of the village, especially in the winter, the staff is pretty much there continuously. Everyone knows everyone very well. We were only passing through basically to get rest. Did manage to do an hour hike to Kea Point at the crack of dawn as mentioned in a previous blog post. It was amazing the photos I got as I navigated down the trail.

At Kea Point you can panoramic shots of Mount Cook and some of the other tallest peaks in New Zealand, all snow-capped. 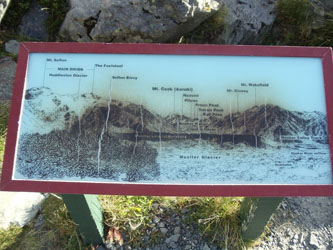 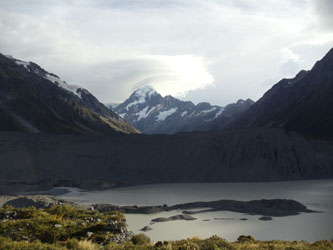 Having finished the hike it was already time to take off. The ride back to the main highway was free of rabbits thank goodness, but there were lot’s of cows about, some crossing the roads and the ones below were coming right towards us. There are several stoppage points along the route to get amazing photos of Mount Cook from different distances as well as the lake and surrounding area.

There were lot’s of hitchhikers along the road waiting to leave the village as well as at the entrance to the main highway. We picked one up who was heading to Queenstown as well. Will definitely take advantage of the area next time. What are your favorite activities and recommendations of to-dos around Mount Cook National Park?