It’s almost that time to change the calendar over. 2011 has been a great year, travel wise. Lot’s of time in the air and at the airport, in the car, on foot and on water. 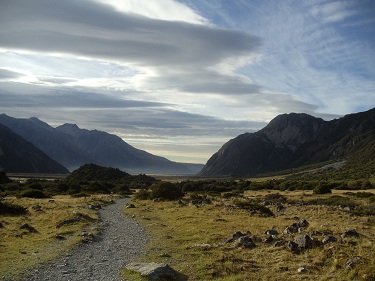 Trail to Kea Point, towards Mount Cook in New Zealand.

It started in January and February with an extended trip to Southern California, Australia and New Zealand. Lot’s of sun, palm trees, ocean views and beaches to be had. Highlights included driving up and down the Pacific Coast Highway (the PCH) in California, seeing the Sydney Opera House and Harbour Bridge up close and getting my first taste of Melbourne. The ultimate highlight was the road trip around the South Island of New Zealand. 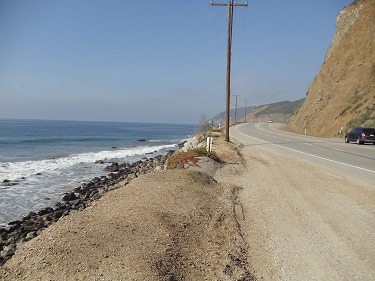 Starting in Christchurch, good times were found at Lake Tekapo and in Mount Cook Village. There was time in Queenstown, Wanaka, Lake Hawea, the West Coast, Fox and Franz Glacier, Hokitika, Greymouth, Albert Pass and many more small towns and remote places in-between.

Who could forget all the V energy drinks, meat pies and iced chocolates consumed along with the Fergburger, frites and aioli in Queenstown. Staying in hostels and meeting people from all over the world, sleeping in the car, giving hitchhiker’s rides and random stops continuously along the highway to capture photos and soak in the views, a memorable time on the open road.

Lot’s of time in Christchurch too, doing day-to-day tasks and hanging out in Cathedral Square, relaxing in the Botanical Gardens and hitting up Sumner and the other beaches in the area. I remember leaving one week before the February 22nd earthquake that destroyed a lot of the city and area. 😦 Christchurch is strong, its people are strong, I know it will be back and better than ever. These earthquakes and aftershocks have to stop. 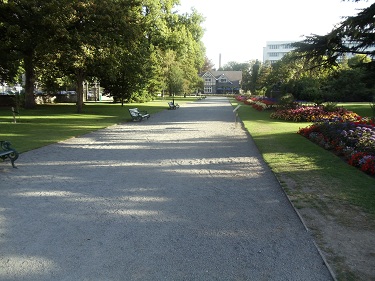 The Spring and Summer brought time in South Florida with lot’s of Midwestern day trips as well. Florida featured kayaking, seafood, many tropical drinks, the Fourth of July on Charlotte Harbor and watching a large alligator be captured up close by hunters. I got my first taste of the popular, scenic and award-winning Siesta Key Beach and Village. Spectacular.

Midwestern trips were taken to the lighthouses, beaches and parks along Lake Michigan in Michigan, Indiana, Illinois and Wisconsin. 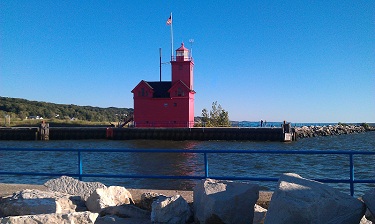 A stop along the way for about nine miles worth of walking and running in Chicago, capturing photos along the water as well as along the Chicago River and Michigan Avenue and up-top the John Hancock Observatory.

The Autumn months featured time exploring corn mazes, pumpkin patches and cider mills in Michigan and checking out the Fall colors in Pittsburgh. Captured Pittsburgh and everything it has to offer from the riverside hiking trails, up-top the Duquesne Incline, in the neighborhoods and on the three rivers themselves on a Gateway Clipper Fleet cruise. 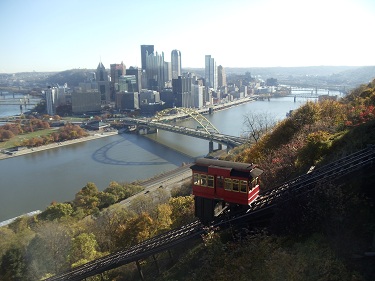 The holiday months have brought lot’s of time to Detroit, Cleveland and Atlanta. Holiday parties, family and friends time and checking out the holiday lights, trees and cheer everywhere.

Lot’s of time throughout the year in the home bases checking out the local coffeehouses, neighborhoods and restaurants. Georgia stops also included the Georgia Aquarium, World of Coca-Cola, North Georgia wine country and the Sun Dial Restaurant Bar and View up-top the Westin Peachtree Plaza.

Detroit visits included Campus Martius Park, Belle Isle, Mexicantown and Eastern Market. Almost as much time in Ohio visiting West Side Market on several occasions in Cleveland, as well as several stops at Jungle Jim’s, Skyline Chili and Zip’s Cafe in Cincinnati. The foodie side of me is evident haha. 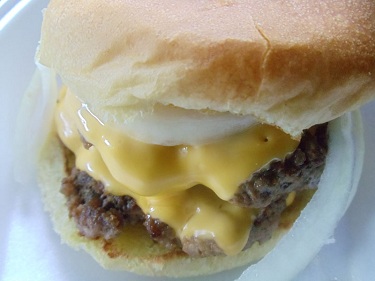 Burger with cheese and Zip’s Cafe in Cincinnati, Ohio.

I’m sure 2012 will bring lot’s of time in Detroit, Atlanta and Ohio, perhaps New Zealand again and who knows where else. There will be a lot more day road trips to new places of course, at the same time less solo travel. 🙂 Whether it’s on the other side of the world or right down the street, there is always something new to explore. I hope to see you out on the open road in the New Year.

Happy New Year’s everyone. Where are your travels going to take you or where are you dreaming to go in 2012?