A Working Day in Lexington, Kentucky.

Detroit and Atlanta. I’ve done the twelve-hour I-75 drive back-and-forth dozens of times over the years, usually sight-seeing along the way, sometimes stopping overnight to recharge, other times driving straight through. This day would be different. It was a working day.

I needed to put in almost a days worth of work, but wanted to get from A to B in the same day. For that to work I needed to get on the road as early as possible (4 a.m.) to get as far as I could before stopping to spend time on the laptop. The place I chose to stop, one I had never really spent any time in before on the route was Lexington, Kentucky. It was a good midway point too.

I was traveling north-to-south from Michigan so on this early morning I drove through Ohio (with a refuel at a Waffle House) and Cincinnati and into Northern Kentucky towards Lexington. 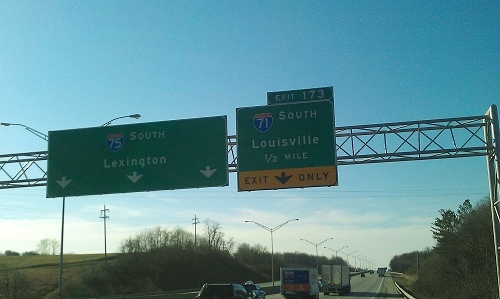 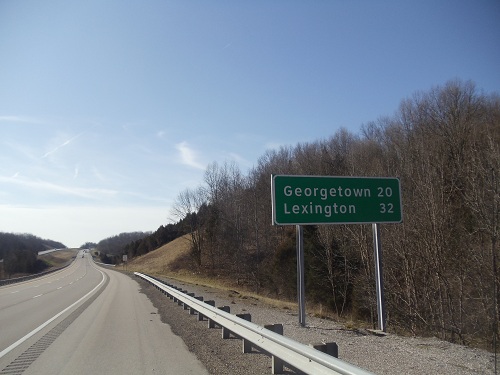 Reaching the city in mid-morning I headed to Common Grounds Coffee House & Cafe. It sits just outside downtown in the Aylesford Place neighborhood. As a bonus this day gave me an excuse to visit new coffeehouses, capture photos and consume as much caffeine as possible haha. It would definitely help later on.

Common Grounds Coffee House & Cafe opened in 1992. They had an extensive menu of coffee drinks and food items. My beverage of choice was a Buckeye Latte. Who can go wrong with a Ghiardelli chocolate and peanut butter coffee?! It was a relaxing place to work, with lot’s of college students from the University of Kentucky and others on their laptops.

I roamed around the old brick building of the coffeehouse checking out all the rooms and the unique art work on the walls throughout.

After working for a few hours it was time for a change of scenery and time to checkout another popular coffeehouse destination, Third Street Stuff and Coffee. 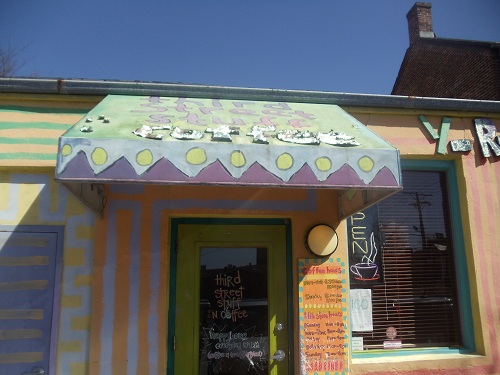 Third Street Stuff and Coffee sits on Lexington’s East End opening in 1991. Unique and creative, creative, creative are the words I’d use to describe it inside and out. As the name suggests it’s part craft store, part coffeehouse. Everything is decorated: the chairs, the trash cans, the outside walls, the outdoor seating, you name it. It definitely has that small-town community feel to it and all the workers were exceptionally nice. I was consuming multiple iced coffees there. 🙂 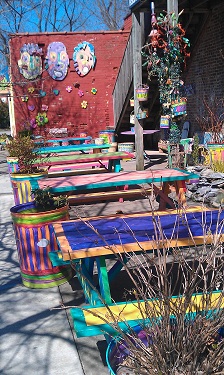 I was in the heart of Kentucky basketball country, Big Blue Nation. As I sat in Third Street Stuff & Coffee their first-round SEC tournament game against LSU was getting underway. The coffeehouse emptied. The streets emptied except for some unlucky people who had to work.

I took this as the perfect opportunity to take a break and checkout the city before heading to my next coffeehouse. 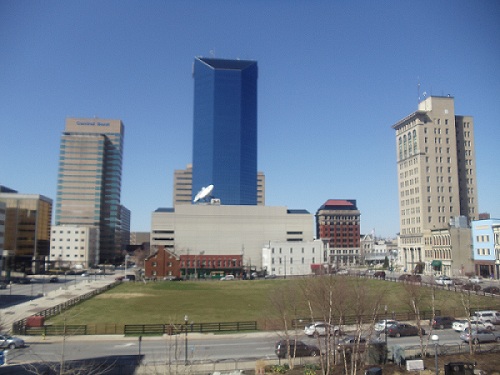 Being in Big Blue Nation I had to checkout the University of Kentucky men’s basketball teams home court, Rupp Arena. The arena opened in 1976 and is part of Lexington Center, a convention center with a mall and the Hyatt Regency Hotel.

The arena is named after legendary coach Adolph Rupp, who led Kentucky to four of their seven National Championships. It’s hosted NCAA Tournament Games and Final Fours and more games for Kentucky’s women’s team of late which has become a power recently too. 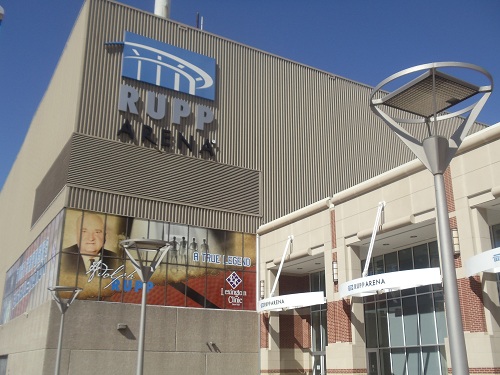 Right outside the gates in the lobby is the old Rupp Arena center court.

After checking out downtown and driving through the University of Kentucky I headed to Coffee Times on the southern outskirts of town. It seemed like a cool place, but had a lack of electrical outlets. When choosing a coffeehouse to spend time in, that won’t work for me. I headed to a nearby Starbucks for a while, before it was time to hit the open road.

I headed the rest of the way through Kentucky, into Tennessee and finally into Georgia and the Atlanta area. I arrived after midnight making it almost a 24-hour day trip south. All that caffeine consumption sure came in handy. 🙂

I accomplished a lot though getting work done, being on the open road, capturing some photos and spending time in a new place and drinking lot’s of coffee. What could be better? It’s definitely something I’ll do again. Returning to Lexington is a must too.

Do you stop for long periods of time when on the open road? If so, what do you do? Explore? Work? Checkout the local restaurants and bars?