California: The View from Marin Headlands.

Just across the Golden Gate Bridge from San Francisco in Sausalito and Marin County are the Marin Headlands. They are a part of the Golden Gate National Recreation Area and is a romantic and scenic place go to capture the city, fog, bridges, bay and more all at once.

You hop on the inclined, coastal Conzelman Road right off U.S. Highway 101 and you’ll pass by multiple vistas, parking areas and probably cyclists too. I stopped right where the road becomes one way at Hawks Hill. My rental car is parked below. 🙂

I immediately saw the bridge engulfed in the fog up-close…

…and off in the distance the San Francisco skyline! 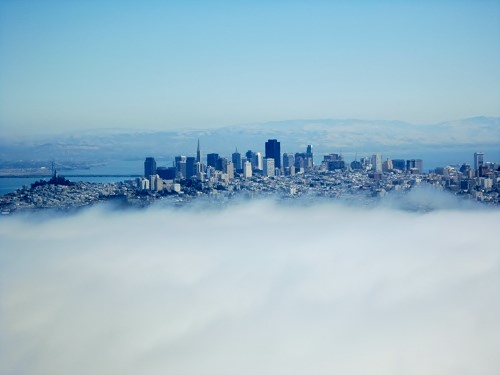 As with other stops on this trip, the fog was ever-present. If I was anywhere else I’d be depressed, but when you think San Francisco, you think fog. A lot of the scenes in front of you here are just as beautiful as they are on a clear day. I took the short walk (climb) to an even higher point… 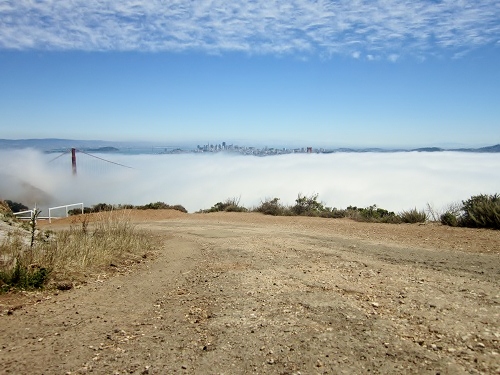 …and went right up to the old guard rail. Better not lean up against it haha.

It’s amazing how much of the area you can see. Past the Golden Gate Bridge and further into the bay, you see Alcatraz off to the far right and beyond that the Bay Bridge which connects Oakland and San Francisco. Speaking of Oakland, can you see its skyline and the East Bay even further back?!

I’m always on the lookout for those romantic park bench spots. The bench might be old and crooked, but I didn’t even notice in the moment as I sat at looked at the view right in front of me.

Turn to your right, and thought you can’t really tell, but the San Francisco Bay is coming together with the Pacific Ocean. 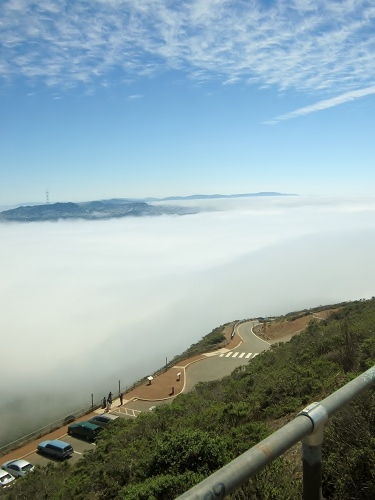 Do a complete 180 and wallah, where did the fog go? Just beautiful green hillside and valleys right in front of you and mountains off in the distance. That’s how close to the coast the fog parks itself a lot of the time. 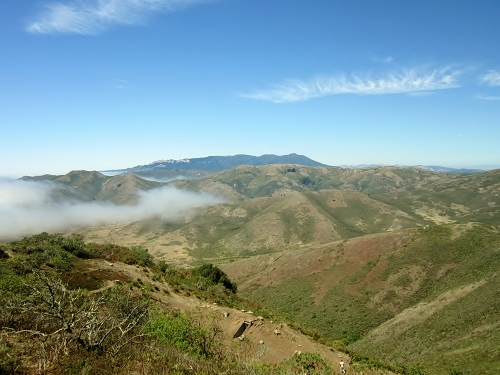 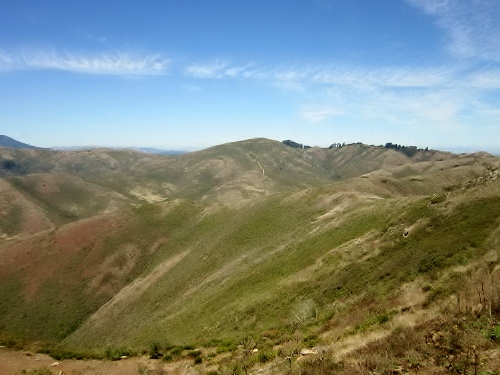 Getting back in my vehicle, I continued on the one-way road and parked by the trail that goes to Point Bonita Lighthouse. The tunnel right before it was closed, but it was a scenic walk nevertheless. 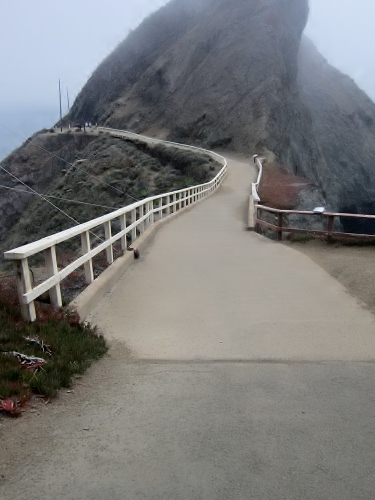 While you’re at the headlands, join the cyclists or hike on the miles of trails in the valleys throughout. Checkout the wonderful wilderness or take in one of the many beaches along the coast. Also visit Fort Cronkhite and Barry among others. They are former forts and military outposts.

Who’s that guy who squinted his eyes at the camera haha?! 🙂 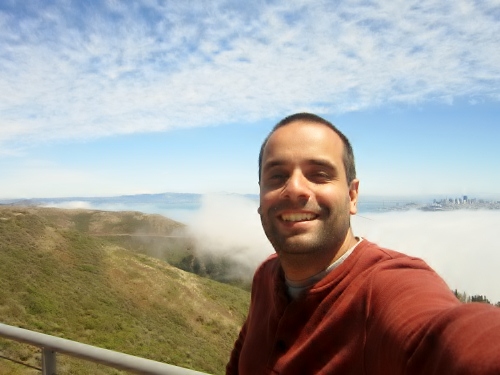 Great times up-top at Marin Headlands. If you’re looking to see hills, mountains, a big city skyline, iconic bridges, a bay and an ocean from a natural up-top location, then this is your spot.

What up-top natural locations would you recommend for skyline and water/ocean views?

10 responses to “California: The View from Marin Headlands.”