The weekend before Christmas I stopped back into Frankenmuth Brewery right in the heart of the holiday friendly town of Frankenmuth, Michigan.

The brewery was full of families and lots of holiday cheer. This year marks 150 since their opening in 1862, making it one of the oldest breweries in Michigan. 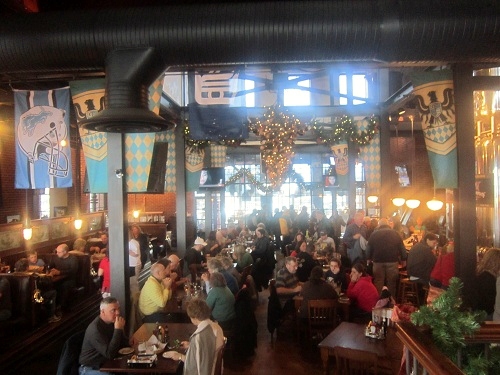 Of course since I was at a brewery I was going to order beer. Which beer to get? How about eight different ones?!

I ordered a beer flight which included eight beers, six of their old standbys and two seasonal. The two seasonal’s off to the far left were an Oktoberfest lager and a holiday ale. The next six from left to right, light to dark included:

I’m usually a fan of lighter beers, but I would say “Das Good Bier!” to all eight. 🙂 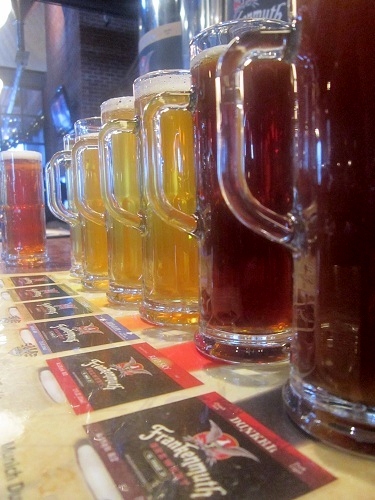 Sitting at the bar, I got to see all the brewery tanks and equipment up close. I liked how they strategically placed the beers on the card, so I could learn about each one as I was drinking. I just missed out on the free brewery tours they give. Something for next time. 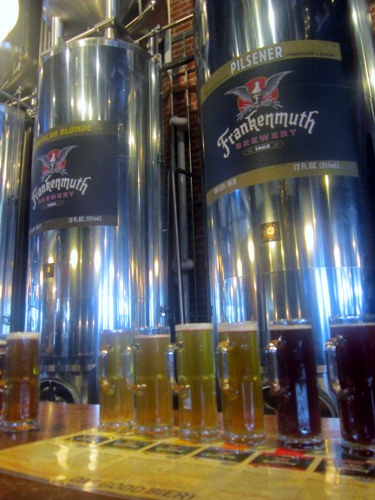 Frankenmuth Brewery is not just for brewed beer and beer lovers. It’s a place for foodies. I had their steak mac ‘n cheese which made with elbow pasta and topped with four cheeses and bread crumbs yum.

It was a great break from the holiday shopping and photo capturing of the festive scene. Check out my time at Bronner’s Christmas Wonderland.

What breweries around home or in your travels have you come across that you would recommend?