Earlier this month I had the chance to go on a private scenic flight tour of Southwest Florida. This was my first ever flight tour. In fact it was my introduction to flying in a small airplane. I was nervous beforehand and initially upon take off, but my nerves quickly calmed as all the scenic views presented themselves. 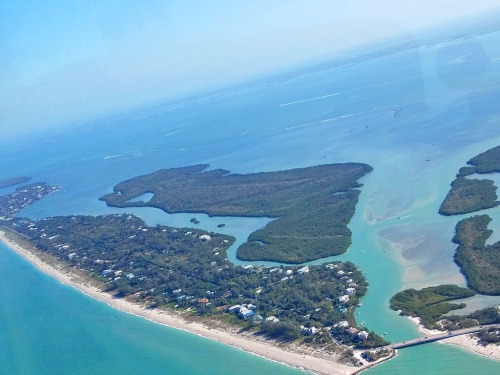 The car bridge from Sanibel to Captiva Island and Buck Eye Preserve. That blue gulf water!

The tour originated and ended at Punta Gorda Airport (PGD). I checked another airport off the list score! We went up on a recent early April morning to blue skies and light winds. Ideal conditions to be sure. There was a little turbulence over land, but while we were over the gulf, harbor and other large bodies of water, I just sat back and enjoyed the calm ride. 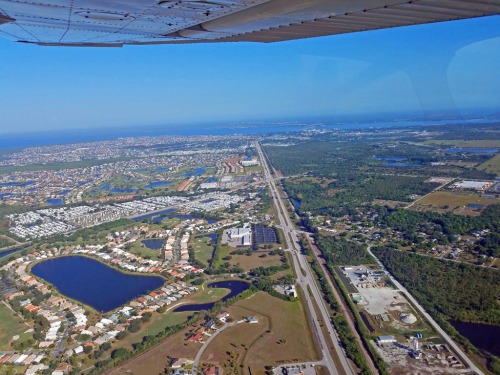 Just after take off the heart of Punta Gorda and Charlotte Harbor lay off in the distance.

Immediately after takeoff you could see the heart of Punta Gorda off in the distance as we turned and began the journey south. 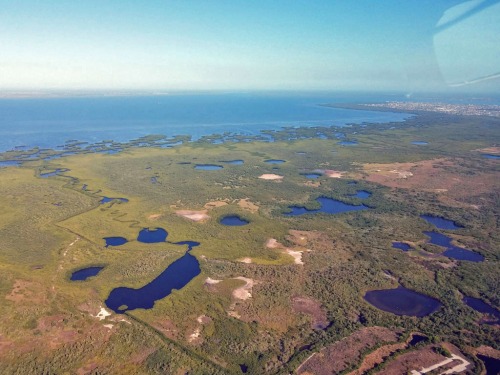 The beginning of the route took us past Burnt Store Harbor. Pine Island, Matlacha and down to Sanibel awaited next. Cape Coral and Ft. Myers sat to the east on the pilot’s side of the plane. I was glad to see Charlotte Harbor, the Gulf of Mexico and countless islands and beaches on mine. 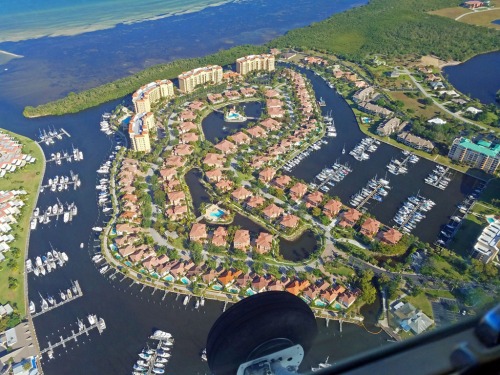 Looking down at the expansive Burnt Store Marina, the biggest marina on Florida’s Gulf Coast. 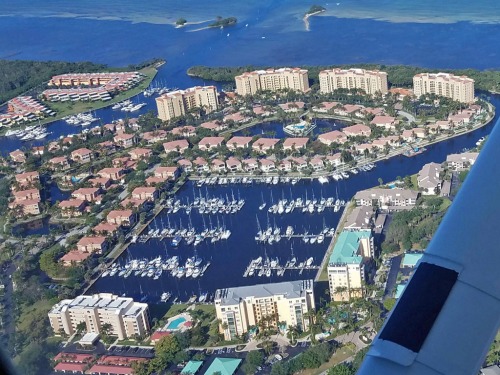 I’ll let the photos and their captions tell a lot of the story. Well without further ado. 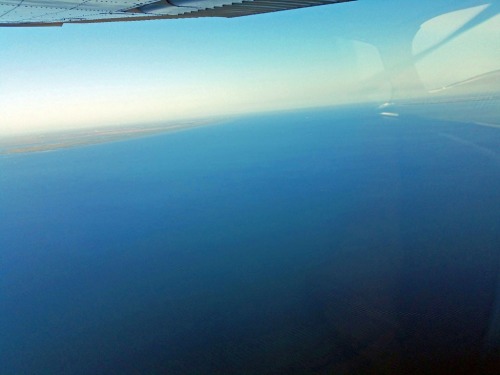 Out over the open Charlotte Harbor waters.

Southwest Florida scenic flight tour is what was on the agenda for this day.

Matlacha Island, sitting between the heart of Pine Island and the Florida mainland.

St. James City located on the southern end of Pine Island. Random if you are into blue crab, visit Island Crab Company. Take home some that are still moving, as they were captured that day.

The top of Pine Island and the town of Bokeelia, the largest island on Florida’s west coast.

The middle of Pine Island. Pine Island Sound awaits on the other side. 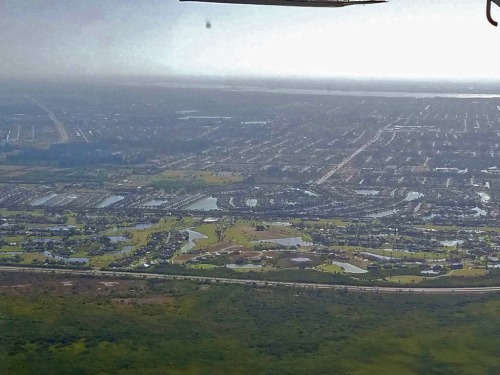 Looking off to the east and a residential heavy part of Cape Coral.

Once we reached Sanibel it was time to make a 180 degree turn and start heading north. We’d now be flying over the Gulf of Mexico alongside the rest of Sanibel, up-to Captiva, Boca Grande and beyond. 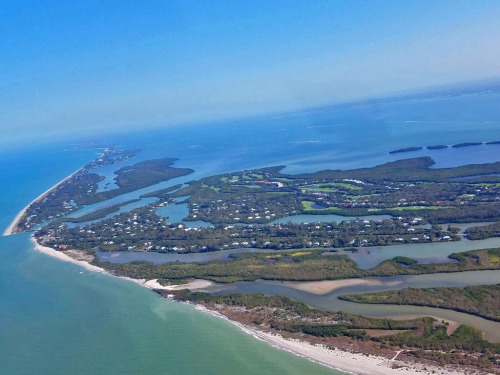 The northern part of Sanibel Island, Bowman’s Beach is below. Flying over the Gulf of Mexico!

Captiva Island is the furthest north you can get by car in this Southwest Florida island chain.

Hurricane Charley blew out the bridge between Captiva and North Captiva Island. They never rebuilt.

You can get to North Captiva Island by boat and plane. See the thin grass strip runway?!

North Captiva Island. Who wants to land their plane here?! 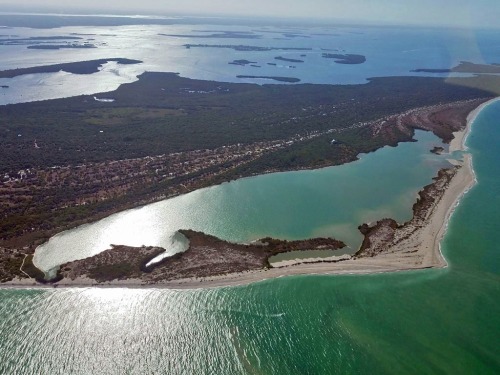 The beach and state park of Cayo Costa along the Gulf of Mexico only accessible by charter boat.

The southern end of Gasparilla Island State Park, part of Boca Grande. You can reach by car via the Boca Grande Swing Bridge. 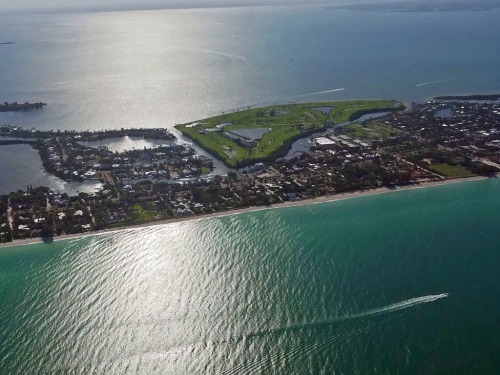 The heart of Gasparilla Island separated from the Florida mainland by Charlotte Harbor and Pine Island Sound.

It was amazing to see a lot of the same places I’d been to on foot from a different perspective. I loved seeing all the greens and blues of the water and how quickly it transitions from one color to another. The pilot was very thorough both pre-flight and while in the air. It helped put my mind at ease. He pointed out spots of interest with lots of stories to go with along the way.

Hello Everyone! It’s Aaron, the Southwest Florida explorer by air.

Oddly enough I experienced my first helicopter ride in Florida as well. I have found the Sunshine State to not be a bad place to take in the views airborne. ☀☀☀

The trip did not end at Boca Grande. Stay tuned as I will soon do a follow-up post covering the rest of my Southwest Florida scenic flight tour. More views await.

Have you ever been on a scenic flight tour? In Florida?