When people visit St. Petersburg (St.Pete) in Florida many come for the tropical experience. They will hit the beach, stay at a coastal hotel, hang out in outdoor bars and enjoy lots of seafood. There is an off the beaten path gem inland and just outside of downtown where you can just add to this tropical fun. Visit Sunken Gardens a hundred plus year old garden and tropical paradise.

After paying the nominal fee to get in, we spent two hours on a summer afternoon day walking the curvy paths of the four acres of gardens. All the twists and turns made the gardens seem much more expansive. It definitely did not feel like we were in the middle of a big city.

Operated by the city of St. Petersburg, you will find hundreds of species of tropical and subtropical plants, with 50,000+ plants in total. Many palm trees, birds and mini-waterfalls were spotted as we walked, not to mention geckos. Being Florida and the summer, we got rained on pretty good which just added to the tropical experience. Below are some highlights of what we saw at Sunken Gardens. 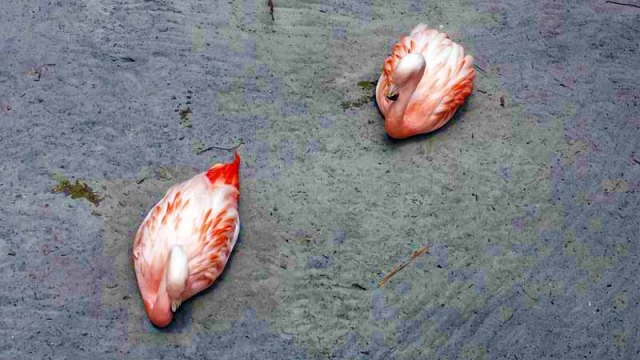 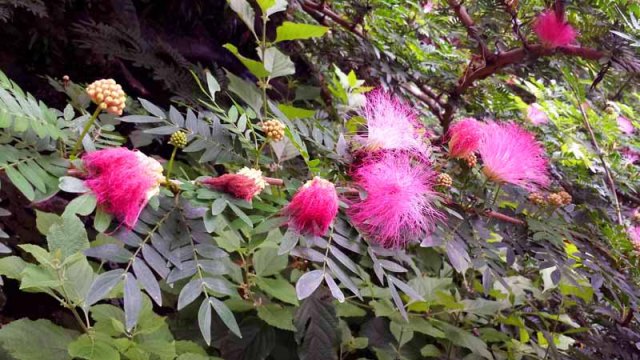 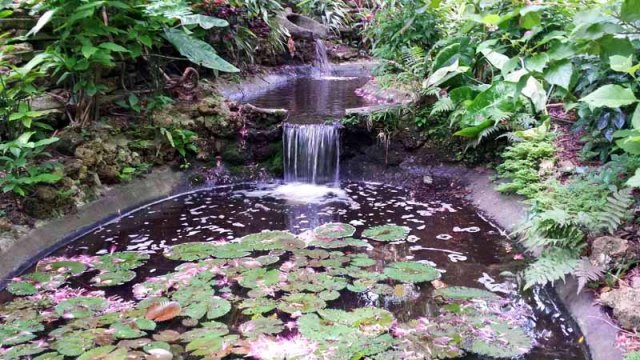 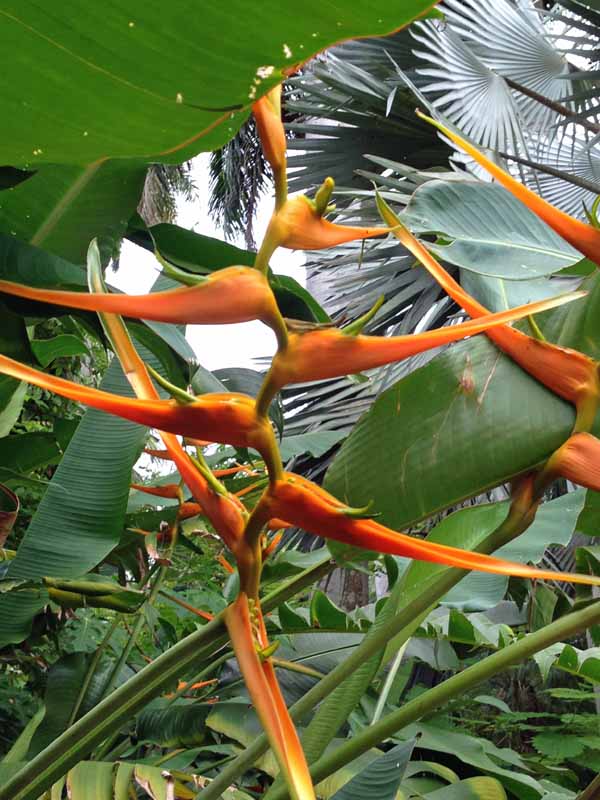 Are there any other off the beaten path spots in the Tampa/St. Petersburg area you would recommend visiting?

On Vancouver Island in British Columbia, Canada is the world-renowned Butchart Gardens. While in Victoria during the summer we took a forty-five minute bus ride from the town centre north to the gardens. It was raining upon arrival, but that just added to the beauty we saw. I’ll let the pictures and various gardens and colors speak for themselves. Chess anyone?! 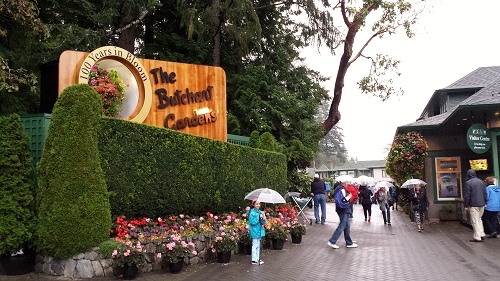 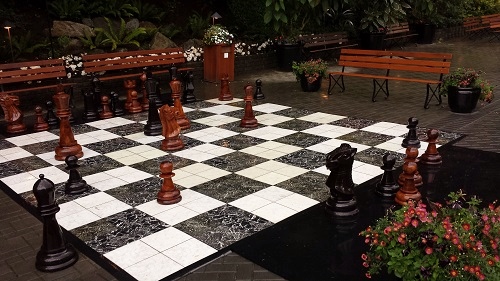 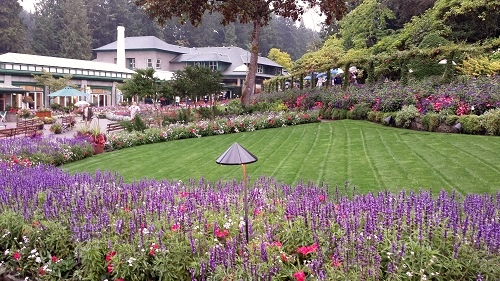 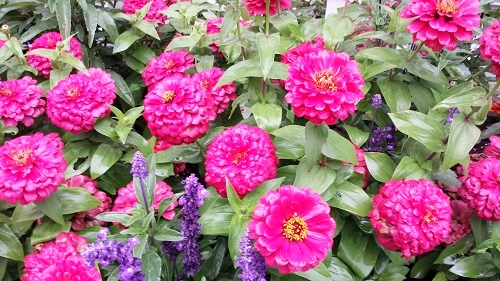 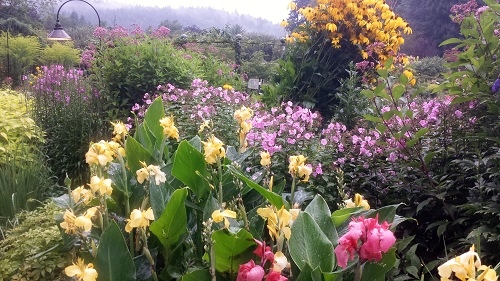 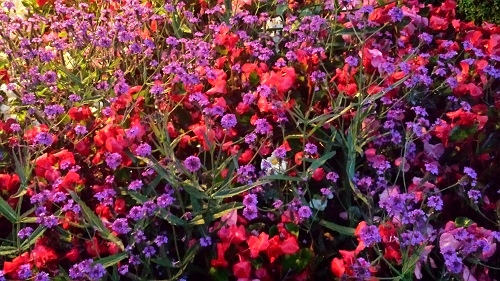 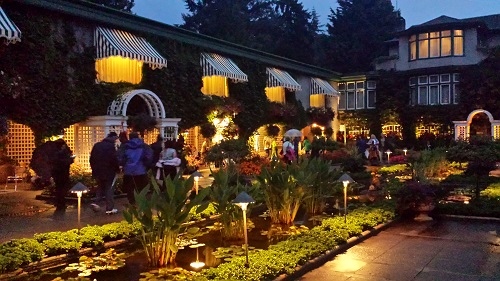 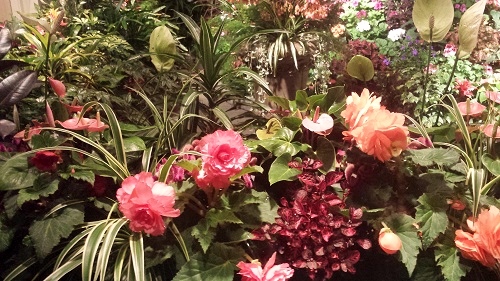 There is more floral and colorful beauty then you can imagine at this hundred year old family owned gardens. Throughout you’ll find activities like fireworks, concerts, ice skating and more no matter the season. Being there in the evening we had the chance to experience the gardens in daylight and darkness, each giving off a different, beautiful feel.

Checkout the Butchart Gardens website. They are in the middle of The Magic of Christmas right now. From what I have heard from others, it’s a must visit during the holiday season. You can also find them on Facebook and Twitter.

Are there any other gardens you would recommend seeing that you have come across in your travels?

Christchurch: A Botanic Gardens in Pictures.

Christchurch Botanic Gardens in New Zealand features one of the best collections of flowers including roses, native trees and plants, greenery, colors and more that I have come across. Lots of Christchurch time has equaled lots of times hanging out in the gardens. Below are some photos that I thought I’d share here in addition to my original post from a few years back. 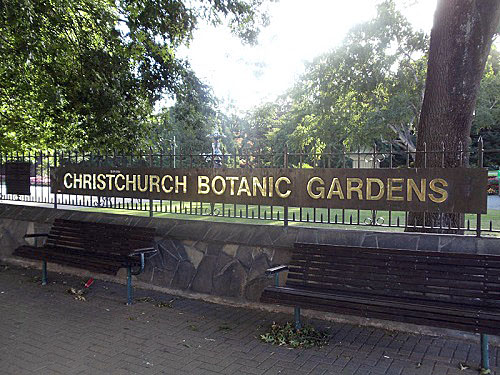 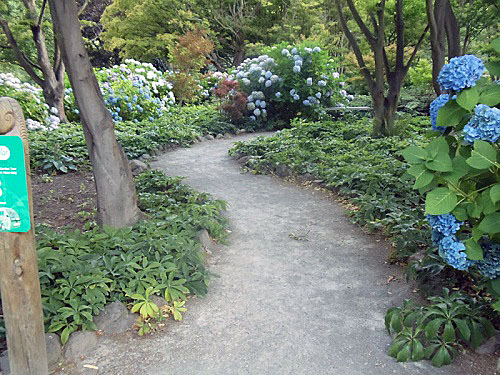 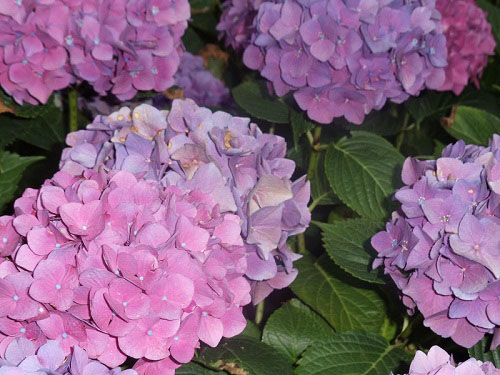 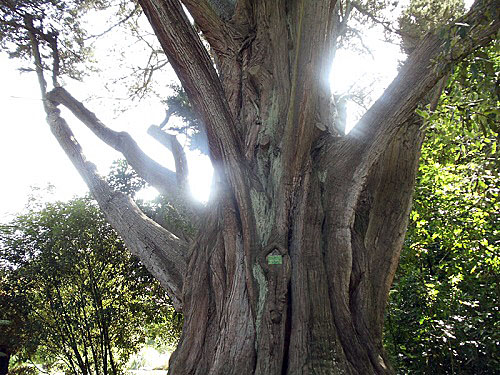 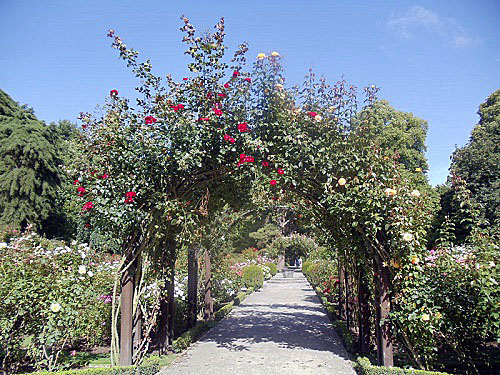 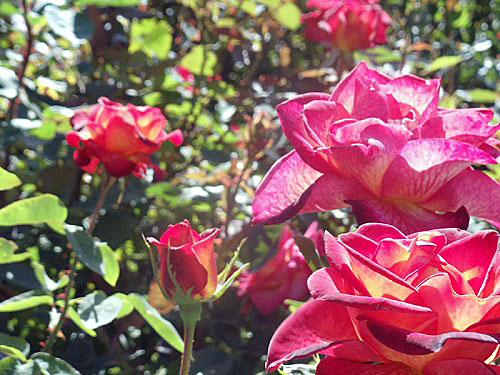 What gardens would you recommend that you have come across in your travels?

Georgia’s own Jimmy Carter, a native to Plains, was the 39th President of the United States. Like other ex-presidents there is a museum dedicated to showcasing his life, in his case, he keeps adding to it.

The museum sits on a hill and several acres in the Poncey Highlands neighborhood of Atlanta just east of downtown. It’s actually on the site where General Sherman watched the Battle of Atlanta during the Civil War in 1864. As you walk towards the entrance you’ll walk by a lot of greenery and a fountain and reflecting pool.

After paying a small entrance fee you’ll enter the museum through the gift shop. 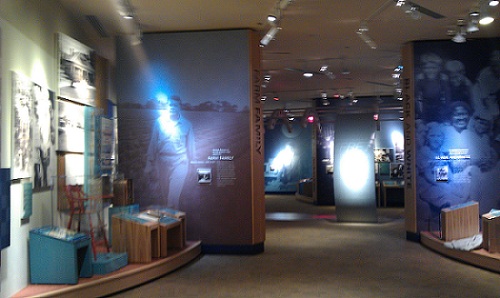 Going through all the exhibits you’ll learn about Jimmy Carter from his upbringing in Plains, to his marrying Rosalynn and running his family’s peanut farm business. 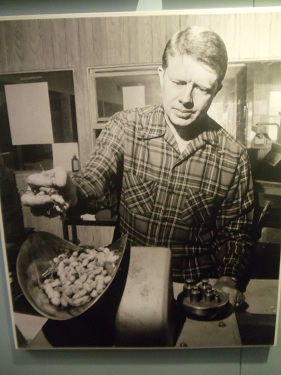 Your see detailed accounts of him in his Georgia senator and governor days and everything involved with his presidential campaign. He was elected in 1977 beating out the incumbent Gerald Ford.

Highlights of his presidency including the Panama Canal Treaty, dealing with extreme inflation and a recession and the energy crisis are presented. You’ll see significant (and pop culture) events that occurred during the same time highlighted like the original edition of the Star Wars movie series in 1977.

You learn about his failed reelection campaign, losing to Ronald Reagan in 1981 and everything him and his wife have been up-to since. More on that in a bit. Make sure to view the room duplicating what his version of the Oval Office looked like.

As you near the end of touring the museum you should walk outside and checkout the gardens. There is a Japanese garden, a lake and lot’s more greenery.

Along with the library, museum and gardens is the Carter Center, a nongovernmental, not-for-profit organization founded by Jimmy and Rosalynn Carter in 1982. The Carter Center works with nearby Emory University helping to advance human rights and alleviate human suffering. He won the Noble Peace Prize in 2002 for all of his efforts, which is on display at the museum. You’ll also see the “Postcards For Peace” exhibit. He is known as one of the most successful ex-presidents in U.S. history. 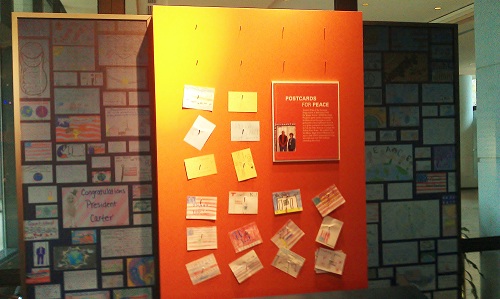 They both still spend a lot of time at the Carter Center as well as back in Plains, Georgia. The museum and Center is within Freedom Park so you’ll find lots of biking and walking paths and more scenic views of the city. 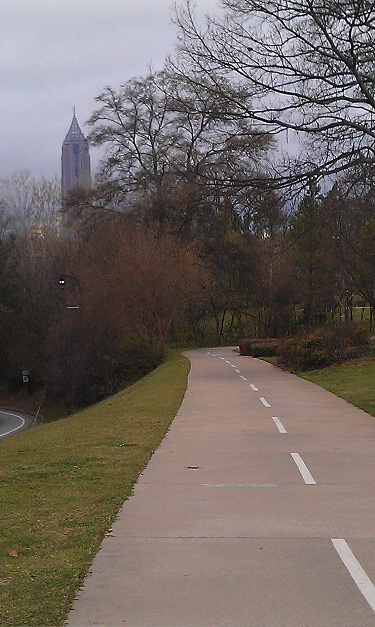 When in Atlanta, make sure to stop by the Jimmy Carter Library and Museum and learn about a great Georgia native. What U.S. presidential libraries and museums have you visited or would like to?

In January and early February when I was in Christchurch I spent time almost every day in the Christchurch Botanical Gardens to take photos, get some running in and to just relax and take in the view. I’ve heard the devastating earthquake on February 22nd did some damage to the buildings and statues, some trees were knocked over and there are cracks in the ground. Hopefully the gardens, Christchurch and the Canterbury region of New Zealand will continue to attract people from all over the world. It’s such a beautiful place with such great people. 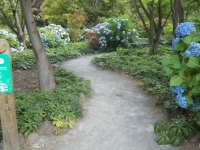 The 75-acre gardens are bordered by Hagley Park on the north and south with the Avon River flowing right through. Both just adding to the relaxing atmosphere. Going through on the many paths you’ll see a rock, water, azalea and magnolia and herb garden among others, not to mention a Peacock Fountain, a Bonsai House and a nursery. The New Zealand Gardens contains a collection of native trees and plants, some of which I remember seeing during my travels around the country. What caught my eye though and where I wound up spending a lot of time was the Rose Garden.

There is the saying, “Take time to smell the roses.” I did just that sitting on one of the benches around the inside perimeter of the circle shaped rose garden. I was just taking in the more than 250 different species of roses. The panoramic shot above of the rose garden is one of my favorite photos. You can get great views from the Cuningham House Conservatory balcony. The Cuningham House Conservatory is home to tropical plants, a cactus house, orchids and more.

Checkout some more of my photos from my time in the Christchurch Botanical Gardens. After spending a lot of time here I’m interested in checking out other gardens in New Zealand and everywhere else. Any suggestions?