Queenstown, on the South Island of New Zealand, is known to many as the adventure capital of the world. It’s a resort town with lots of fun to be had. Lots of times you’ll find movie crews from all over the world set up shop there.

During my brief time there, I found myself hanging out along Lake Wakatipu quite a bit. It was very quiet and peaceful. Was it the turquoise waters that attracted me? 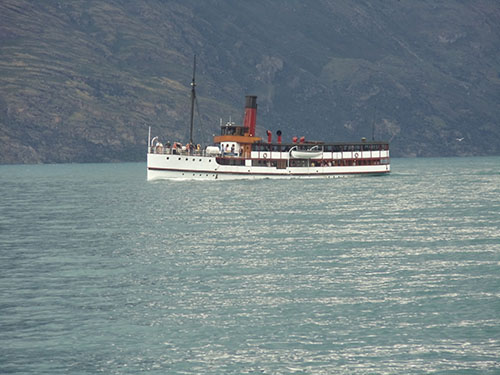 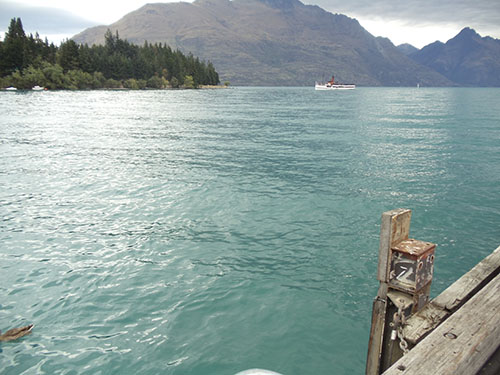 Or was it The Remarkables mountain range opposite that caught the eye? 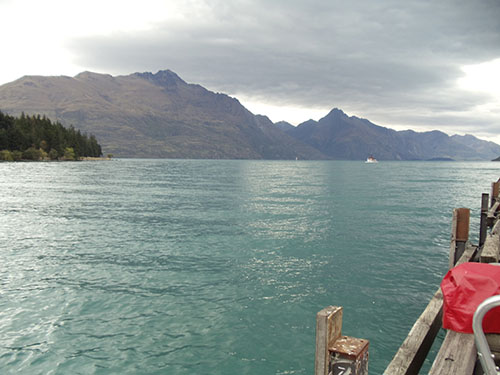 What about the greenery and views of the picturesque town of 16,600 or so?

It was probably all those things and more. The lake is the result of a trench carved by a glacier and is 400+ meters deep in spots.

According to Maori legend though it is the “hollow of the giant.” It says that the lake was formed when an evil giant was set on fire by an adventurous youth. This heat melted the ice and snow of the surrounding mountains which then filled in the long hollow. The rise and fall of Lake Wakatipu’s waters, around 15 centimeters every five minutes or so, is said to be caused my the giant’s heartbeat.

It was the perfect spot to hangout and chill outside at while in Queenstown. Will have to grab a boat and get on the turquoise waters next time. 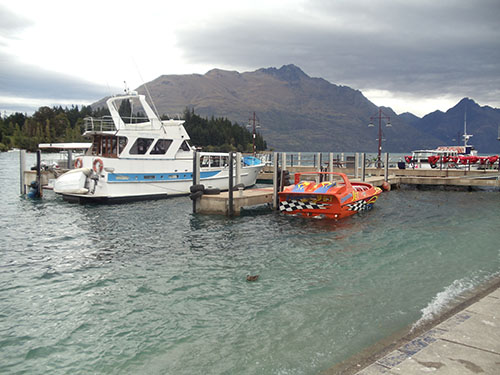 Checkout my previous photo of hanging out along the water at the beach in Queenstown in Photo of the Week: Along the Queenstown Shore..

What other lakes in New Zealand would you recommend checking out and chilling at along the shore?

Photo of the Week: Along the Queenstown Shore.

Found a small strip of beach just outside the town centre in Queenstown, New Zealand. Looking out into the turquoise Lake Wakatipu, with The Remarkables mountain range opposite.

Photo of the Week: An Arrow Valley View in New Zealand.

Was in-route from Queenstown to Wanaka on the South Island of New Zealand. Turned off State Highway 6 onto Crown Range Road to go via the Cardrona Pass. As soon as we exited the main highway we were going back and forth up the steep Crown Terrace. This shot is from up-top at a lookout point where you can see Arrowtown, Arrow Valley and off in the distance The Remarkables mountain range. 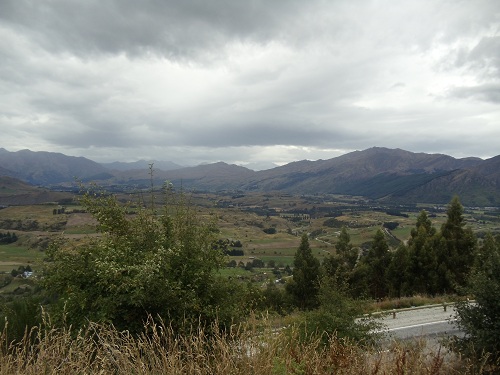 Tip: Keep chains in your vehicle in the winter months if your going to drive thru Cardrona Pass. Sometimes it’s even impassable. It’s the highest main road in New Zealand.

Lake Hawea, just northeast of Wanaka in the Otago region of New Zealand is a glacial lake, with deep blue, crystal waters and mountains all around serving as a backdrop. It lies in a glacial valley.

Driving along the western shores of the lake on State Highway 6 you’ll come across the “Lake Hawea, Lookout!” sign. The perfect place to checkout the lake, relax and just soak in the views. It’s one of the most spectacular lake settings I’ve ever seen. You’ll find many people stopping there driving between the West Coast and Wanaka and out with their cameras.

There are fishing, boating, swimming and other outdoor options available. Snow capped mountain peaks and skiing await in the winter months.

Nearby Lake Wanaka which runs in parallel to Lake Hawea is also in a glacial valley and they are separated at their narrowest point by a rocky ridge known as “The Neck”.

Hawea, a small resort town, is on the southern end of the lake. It draws many tourists looking for a quieter scene then nearby Lake Wanaka or Wakatipu (Queenstown).

A panoramic shot at the lookout point.

The next time you’re in Wanaka or the surrounding area, make sure to make a stop at Lake Hawea. What other lakes would you suggest checking out just for their views alone in New Zealand? In the world?