I kicked off the year in conquest of working, hanging out and consuming coffee 100 times in style at a few of my favorite spots in The Mitten.

Opening last year, it’s a coffee bar by day and a wine bar by night. They create freshly roasted coffee to order and also offer craft cocktails and local beers. Looking for a cold coffee beverage? I recommend A Chilly Mexican. 🙂 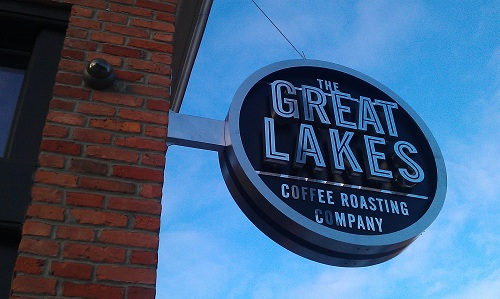 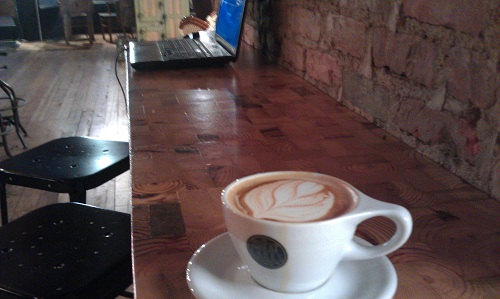 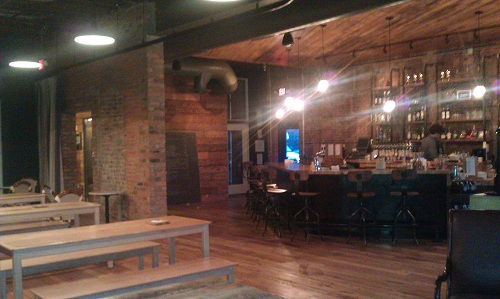 Another early morning was spent working and consuming a delicious Peanut Butter Latte at Plymouth Coffee Bean Co. in Plymouth. 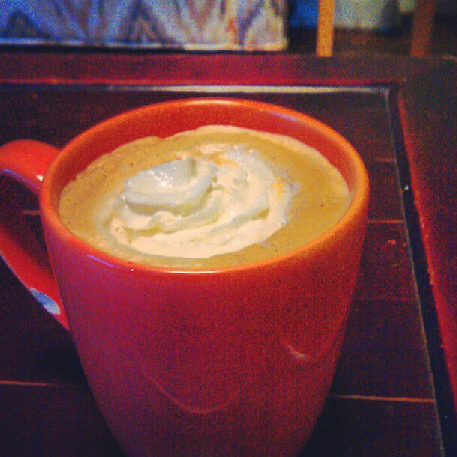 They are Michigan’s longest running independent coffee house opening in 1993. Sit in one of the many rooms in the old downtown house. You’ll find local art and eclectic and random furniture throughout. My time was spent on a couch in the Green Room. 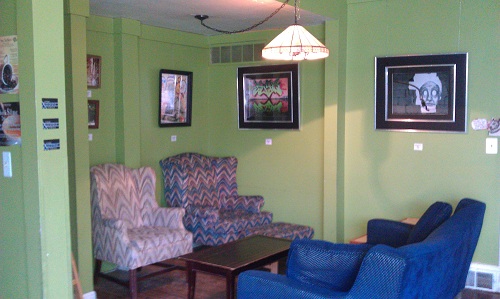 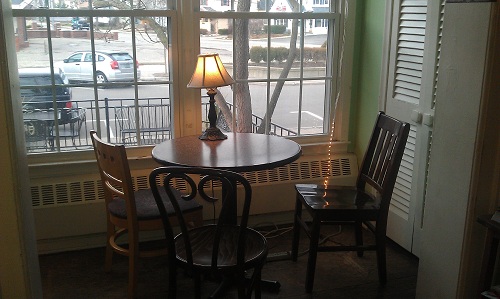 I took a short drive on a Sunday over to Port Huron and enjoyed a 20 oz. Caffé Crème Caramel at Raven Cafe. Cinnamon, vanilla and caramel deliciousness in a giant mug! 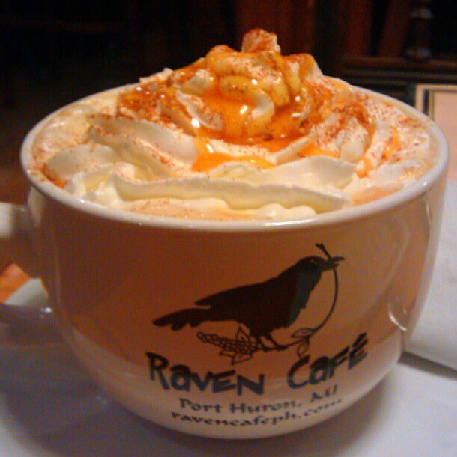 The Raven Cafe opened in 2002 in a building that dates back to Civil War times.

You’ll find sandwiches, desserts, craft beer and other alcoholic drinks on the menu. They have live entertainment in the evenings and books and art dot the walls throughout the multi-level cafe. Have always had exceptional and friendly service.

Upstairs relax on the couches, checkout some of the books and the view of the St. Clair River and Canada from the balcony. The Almond Joy Latte is also recommended. 🙂

Three great spots. Lot’s more to go! Stay tuned as I will periodically highlight other spots that I go to during this year of #ElCafeDe2013. Hope to see you highly caffeinated out on the open road.

The bridge crosses over the St. Clair River near the southern end of Lake Huron. I’ve had the chance to hang out around the bridge and river on the US side in the summer and winter, when it’s warm and when it’s not and it’s always a relaxing time.

There is a lengthy walkway that runs along the river, along with parks, to capture the bridge and scenery from different vantage points. 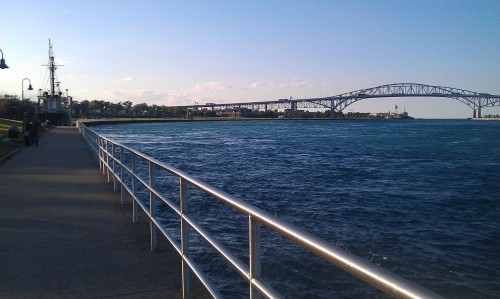 The bridge sits about an hour northeast of Detroit and the busiest border crossing, the Ambassador Bridge.

Looking south down the walkway and river towards downtown Port Huron. I love how blue the river is.

Blue Water Bridge is a twin-span bridge with the original span opening in 1938. The more recent span opened in 1997. It is one of the fastest routes between Michigan and the Midwest and Toronto and points east. 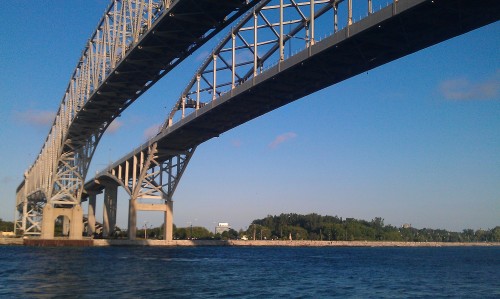 Across the way, is the Sarnia skyline.

The Port Edward and Canada side just to the north of the bridge. You can almost shake hands with the people visiting the bridge and river over there.

Looking to the north is Lake Huron, one of the Great Lakes. No land as far as the eye can see.

Just north of the bridge and off camera to the left is the International Flag Plaza I’d recommend checking out if in the area. It honors those who respond to emergency calls in the United States and Canada. 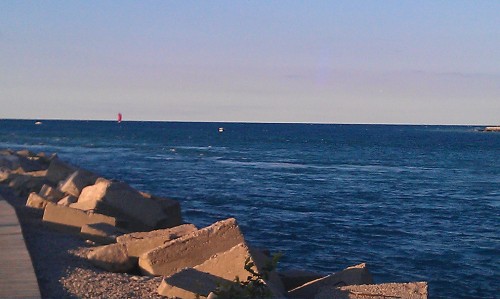 The bridge and river are scenic in the winter months too.

Love watching the chunks of ice float by well into the Spring.

If you ever cross the Blue Water Bridge make sure to take the time to hang out and soak in the bridge and the scenery along the river front. I look forward to more great times and also checking out the Canadian side.

What are some of your favorite bridges to capture? What is the most scenic International border you’ve crossed?