To many people New Zealand and sheep go hand-in-hand. It is true that sheep outnumber the locals by a wide margin. Due to the abundance of these cute creatures I made it a point in my New Zealand road-tripping to capture them whenever I had the chance. 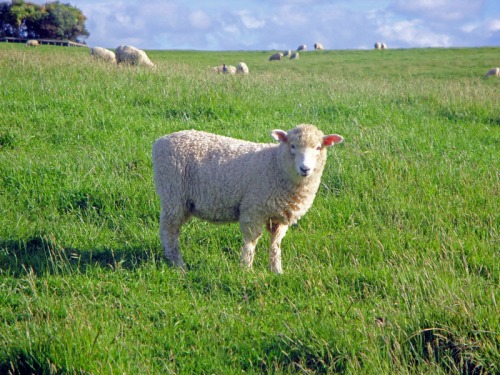 I thought I’d share some larger versions of photos I took in my original New Zealand sheep post, plus some additional ones. Awwwwwwe indeed! 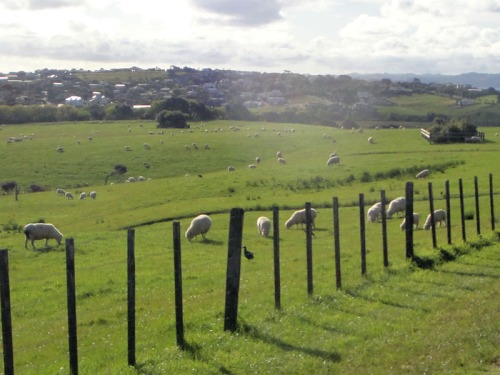 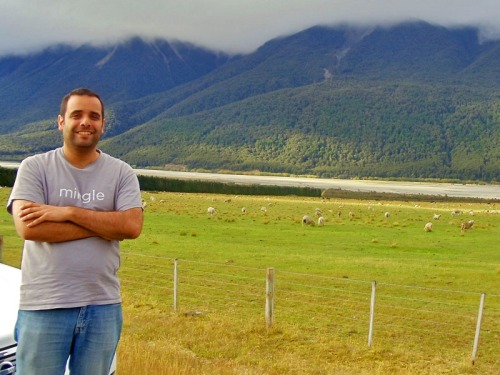 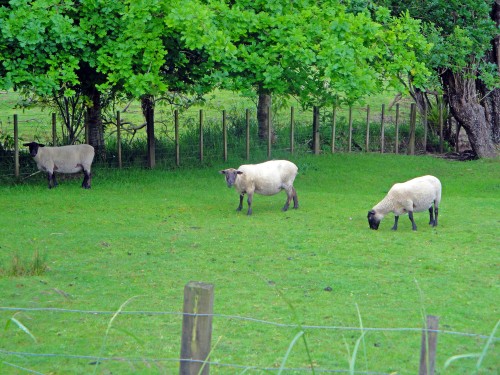 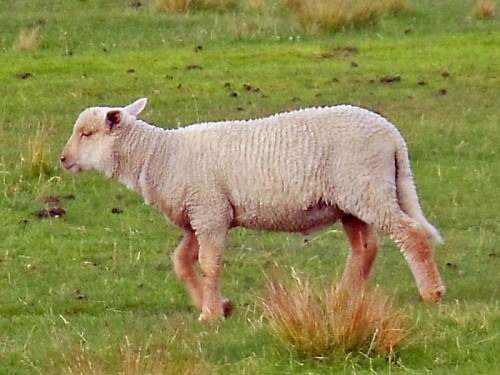 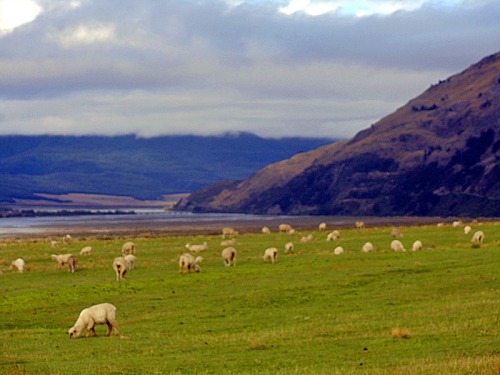 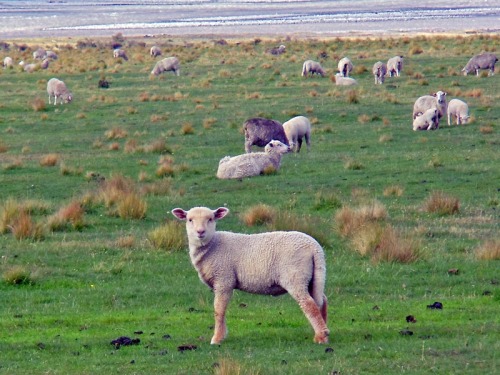 I captured all of these by just pulling off on to the side of the road. I didn’t get too close or cross onto someones property. To get a closer look, a New Zealand sheep farm is something I should look into visiting sometime down the road.

Do you have any memorable moments capturing animals randomly in your travels?

My Little Man is Starting to Experience the World

This is the first Spring and summer season where our little man is actively walking, running and wanting to be outside constantly. He also says “car ride, car ride” because he knows it probably will lead to somewhere new and fun. 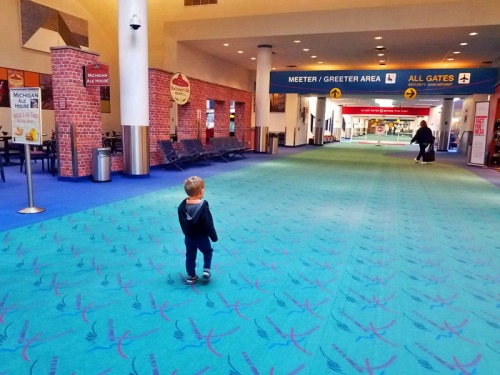 My little man experiencing his first airport and flight.

Lots of family travel and fun has been had in the last few months. Our little man seems to be taking in something for the first time every day. He has experienced his first ocean and true beach, carnival, parade, water park, fruit farm picking, flight, museum and more just to name a few things. I know I am forgetting a lot. Per usual I will let the pictures do most of the talking.

My little man getting his first taste of the Gulf of Mexico and ocean.

My little man and his first pool experience.

My little man and his first hands-on museum in Florida.

My little man will make music sounds every chance he gets. 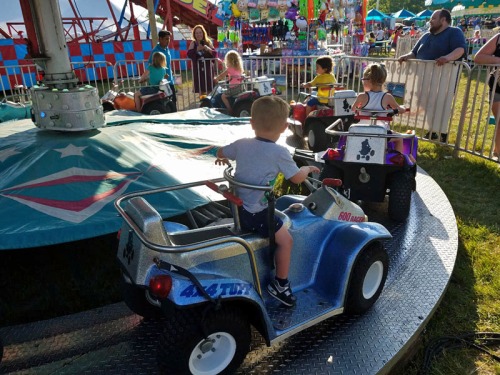 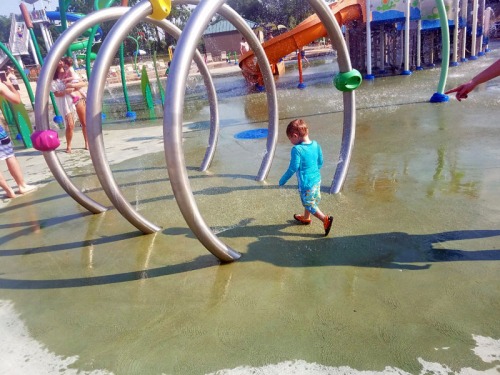 He was hesitant at first. Now every time we get in the car he asks if we are going to the water park.

Seeing him smile and his face light up as he takes in something new is the best feeling in the world as a parent. Family travel is exciting for us too because we are going to a lot of places we wouldn’t normally if it was just us. It’s cool seeing how he reacts to things, learning about what he likes and doesn’t.

My little man is taking in true Pure Michigan summer fun every weekend.

My little man just wants to explore and see what lies ahead in Ft. Myers, Florida. Heart this!

My little man being curious at the Ann Arbor Hands-On Museum.

I love seeing my little man start to discover everything Pure Michigan, Florida and the world has to offer. Can’t wait to see what’s next! #prouddaddy

In a recent post I shared the beginnings of my private Southwest Florida Scenic Flight Tour. Starting in Punta Gorda, I highlighted the trip down to Sanibel Island and then as we headed back up the coast to Boca Grande.

Matlacha Island, sitting between Pine Island and the Florida mainland.

Continuing on the rest of the flight took us from the top of Boca Grande and Gasparilla Island up to Manasota Key and Englewood Beach. We then turned inland going over Port Charlotte, spending some time flying around Charlotte Harbor and the heart of Punta Gorda before heading in. The beautiful blue skies and water continued for the rest of the tour.

It’s time to let the photos and their captions tell the rest of the Southwest Florida scenic flight tour story. Well without further ado.

Approaching Boca Grande at the top of Gasparilla Island in Florida.

The residential community of Boca Grande is surrounded by the colorful Gulf of Mexico and Gasparilla Sound waters.

You take the Boca Grande Swing Bridge from Placida and Charlotte County to get to the coast. 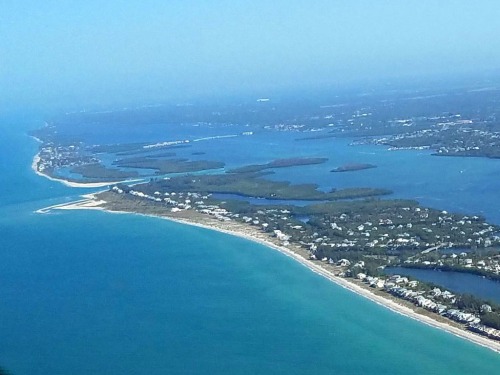 Rambler Hole and Placida Harbor. Placida, Florida sits off to the left. 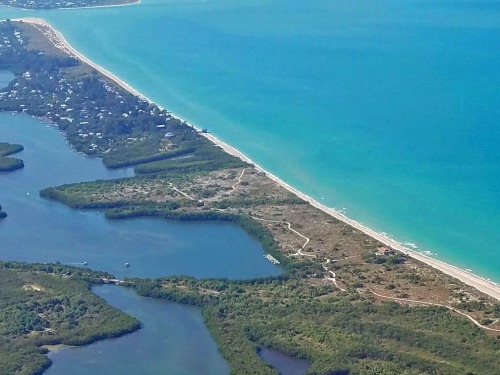 Zooming in on the beachfront of Don Pedro Island. Amazing the difference in water color between the two sides.

Heading inland. Looking back to the south at Boca Grande, Coyo Costa and beyond.

My wife went up separately on a similar tour and snapped this beauty capturing all of Captiva Island amongst the turquoise Gulf of Mexico waters. I had to share it. 🌴☼ 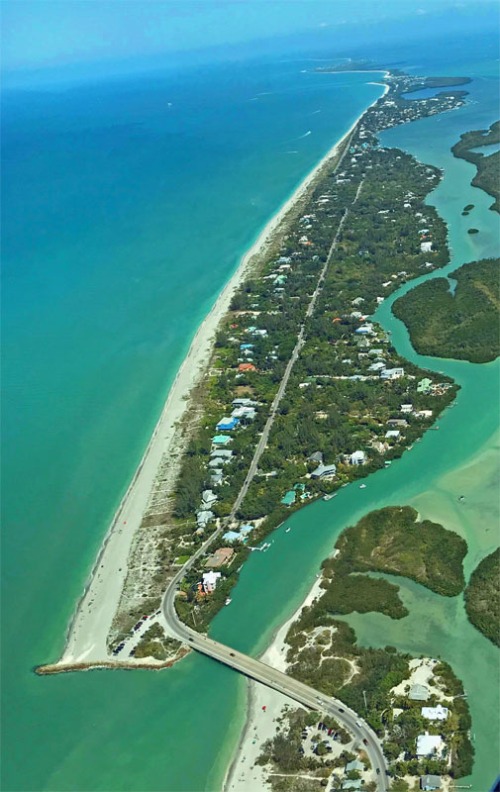 Bonus shot. Wife captured all of Captiva perfectly on another flight the same day. Sanibel Island sits opposite the bridge and to the south.

Just past Port Charlotte and over Charlotte Harbor. 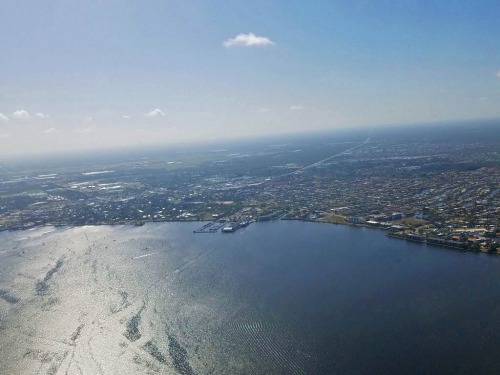 Flying high over Charlotte Harbor. What a picturesque day for a flight. 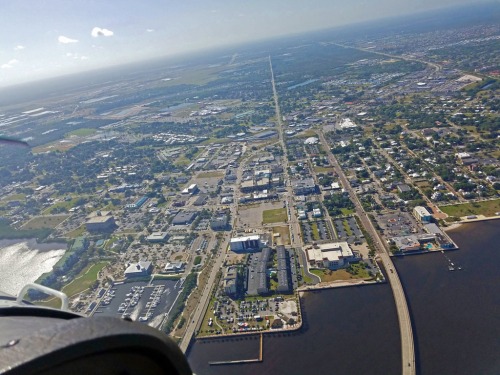 Punta Gorda here we come! You can see the Charlotte Harbor Bridge that takes you over to Port Charlotte. 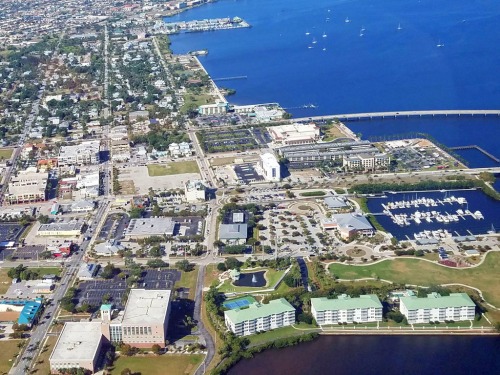 Fun seeing all the places that I have spent time in on the ground. Laishley Crab House is recommended.

The heart of Downtown Punta Gorda.

Punta Gorda and the surrounding area.

An I-75 Cloverleaf interchange in Southwest Florida. Used to being on this interstate a lot further north.

Looking back at Punta Gorda and the heart of Charlotte County in Florida. 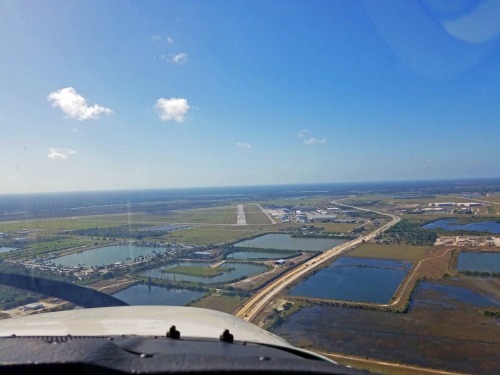 Upon landing at Punta Gorda Airport we taxied back to the hanger at which time my feet were back touching the ground. Being nervous beforehand, with the hour plus tour now over, I kind of wished I was still back up in the air. Southwest Florida is beautiful. 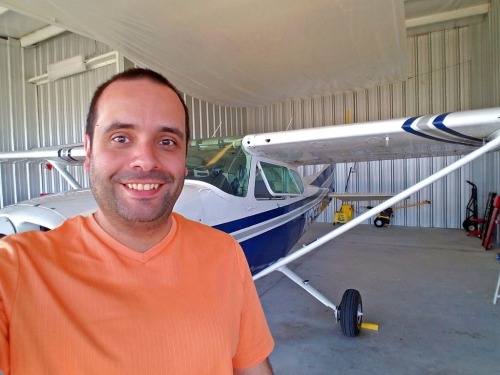 Back in the hanger at Punta Gorda Airport. I had an amazing flight and Florida experience.

The pilot did a great job showcasing what this part of the state has to offer. Being a small-plane first timer, I was amazed by how much has to take place pre- and post-flight as well as up in the air to keep everything going.

With one small airplane ride now in the books, I hope to see more scenic views this way again soon.

Have you ever been on a scenic flight tour? In Florida?

A Couple Dozen Random & Fun Facts About Me

Hello friends and followers! Recently reading some random and fun fact posts from other travel bloggers, I’d thought it would be cool to share some random and fun facts about me. I write mostly about travel and coffee as many of you know, which is highlighted of course some below. The goal though is to also show who I am outside of this blog. Well without further ado. 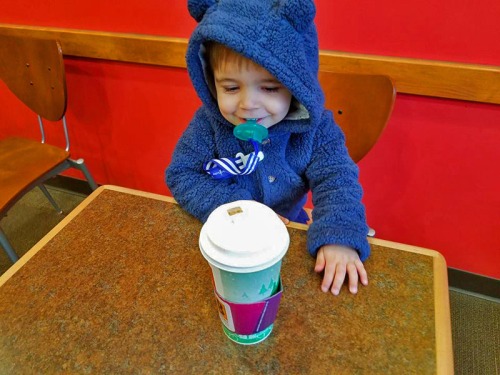 I hope you enjoyed getting to know me a little better.

Posted in About Me

It’s been over four years since I made my first travel bucket list. Boy does time fly. Alaskan Cruise done. Small-town holiday carriage ride check. Driving all of the Great Lakes Circle tours to completion, off to a great start. Besides that though I have not had the chance to do anything else on the list.

That isn’t to say I haven’t done anything. The last four years have been great. Lots of travel yes, but I have also gotten married, purchased a home and recently our first child was welcomed into the world. More on that wonderful addition in an upcoming post. 🙂 I have also become obsessed in a good way with a thing called coffee and I now look at the coffee shop as second home.

Keeping all that in mind my priorities have changed. While the things at the top of my original travel bucket list will stay, this edition will feature more items close to the homestead, a lot involving coffee and also ones related to family and kid travel. As with any list like this it is always a work in progress. 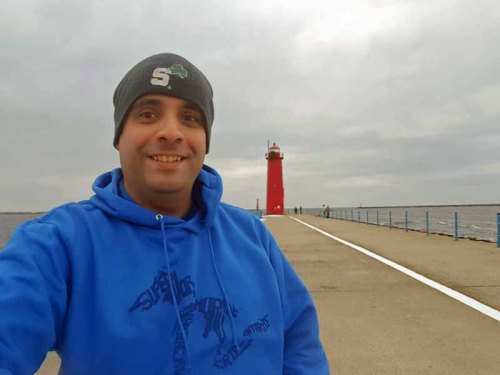 Well as I like to say, without further ado:

That is my updated travel (and coffee) bucket list. Hope to see you all “Out on the open road”. 🙂

What are some new additions to your travel bucket list that were not on the first edition?